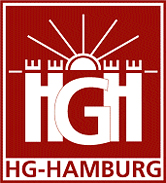 Very few property companies on the Costa Blanca can reflect on such a long and successful period of continuous activity. The Hanseatische Gesellschaft was founded in Hamburg, in 1970, by Walter Arp and a group of ambitious business people, and it has, for decades, been the byword for luxury properties on the northern Costa Blanca. HG-Hamburg has been led by the charismatic owner Walter Arp until the present day, although the reputation achieved by the company would be unimaginable without the team of committed and capable colleagues.

As an individual member of the prestigious Honourable Society of Hamburg Merchants, the correct conduct in business dealings, business trust and open-mindedness are, for Walter Arp, part of the ethical self-image. Membership requires that the member’s company belongs to the Hamburg Chamber of Commerce. The Honourable Society of Hamburg Merchants currently has approximately 1.050 members.

Further keys to our success were the innovative and exemplary marketing strategies utilized for properties, and frequently the company has demonstrated a true pioneering spirit, where marketing ideas are concerned.

The HG-Hamburg had already been accurately presenting the magnificent villas of the northern Costa Blanca for advertising purposes, by means of complex lighting arrangements and the best photographic technology, long before the era of digital photography. Professionally designed presentations characterize the Hanseatische Gesellschaft’s concept of marketing to the present day; our own specially produced in-house magazine, “el sueno” (The Dream), forms a part of that and is issued annually with a selection of current properties. This printed publication is, undoubtedly, something unusual on the coast, and supplements, in a special way, the company’s website.

The Hanseatische Gesellschaft offers clients and business partners not only the website with current properties for sale and projects, but also a15 year-long running Newsletter. This supplies objective and competent reports of latest events concerning the company and evaluates the state of the market from our own perspective.

An important building block in the Hanseatische Gesellschaft’s success has also been the network of international agents, architects, building contractors, lawyers, tax consultants and other specialists in the property field, which has evolved over 50 years, with whom the company collaborates on the basis of mutual trust.

The company also remains future-orientated with regard to project development. The Hanseatische Gesellschaft has had an interest in the construction of Monte Olimpo, a residential development in Javea, since 2011. Modern, designer villas, with innovative ideas, which stand out from the more traditional Costa Blanca architectural style, are on offer here from 630,000 Euro. 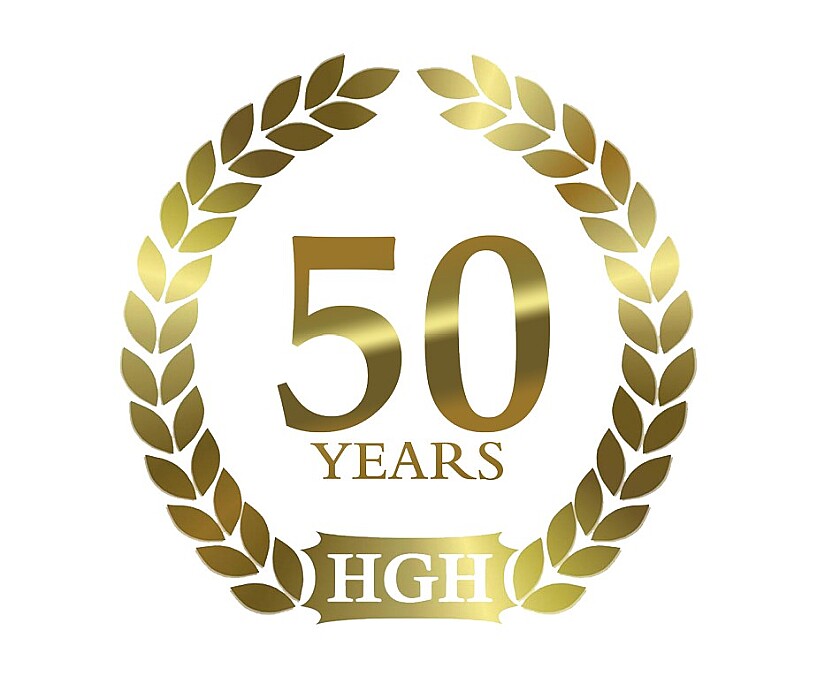 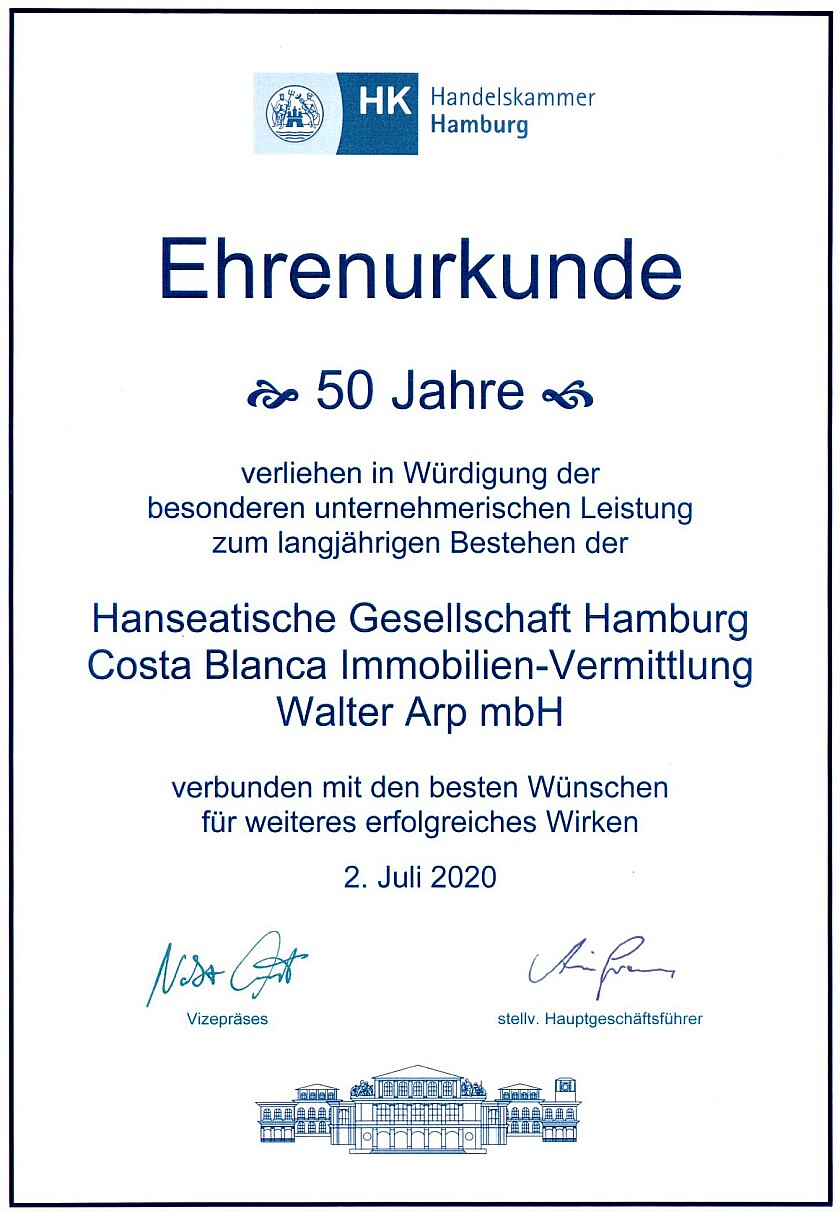 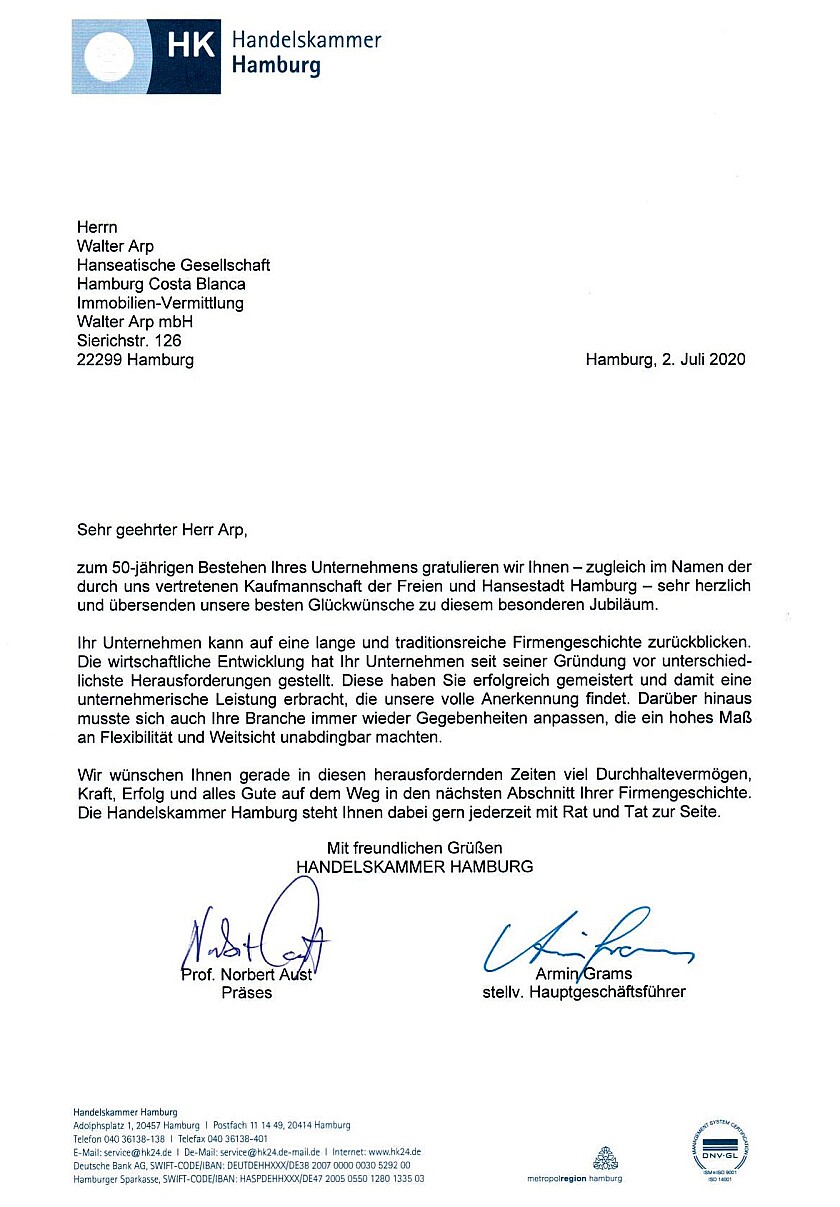 Our area of activity

We would like to present to you one of Spain’s most attractive coastlines: the northern Costa Blanca. Luxury properties on this segment of the Mediterranean Sea have been our field of business for the past 50 years, and characteristics of the market, here, are exceptional locations, interesting localities and exclusive residential areas.

The name Costa Blanca refers to the 244 kilometre long coastline of Alicante province, which forms part of the Valencia region. The northern segment of the so-called “White Coast” has much to offer. Magnificent beaches and hidden bays alternate with rocky tongues and steep coastlines, while the ridges of mountain chains reach all the way to the coast, creating a fascinating coastal landscape. Especially eye-catching are the Ifach rock in Calpe and the Montgó mountain between Javea and Dénia.

Hot summers and mild, sunny winters characterize the climate. Temperatures in July and August rarely drop below 20 degrees, even at night, while averaging a mean of 29 degrees during the day. During the coldest month, January, an average 15 degrees can be reached.

The airports of the cities of Alicante and Valencia are both easily accessible from many other European airports, and the motorways of France and Spain make the journey by one’s own car a comfortable option.

The highest quality residential properties on the northern Costa Blanca are concentrated in the four localities of Javea, Dénia, Moraira and Altea.

The residential development, Monte Olimpo, at present the Hanseatische Gesellschaft’s main new-build project, is situated in Javea, where villas with outstanding panoramic views over the picturesque municipal area are to be built. The Javea municipality, with a population of 30,000 inhabitants, extends between two capes over an area of 68 square kilometres. Properties on offer are spread over various parts of the town and urbanizations, of which the steep slopes all around the Cabo de la Nao, one of the Costa Blanca’s most prime locations, form a part.

Dénia, with approximately 42,000 inhabitants, is the largest town on the northern Costa Blanca. It is a holiday resort possessing not only an extremely good infrastructure and a kilometre-long beach, but also an urban flair which awaits all year-round. Favoured meeting points are the many cafes and restaurants, as well as the shady, sycamore tree-lined shopping street, Marques de Campo. The highest quality villas are situated not far from the centre – either directly facing the sea or in more elevated positions with a view over the historic Old Town, the yachting marina and the coast. The nearby golf course La Sella is also part of this privileged habitat.

Moraira is characterized by its harbour and a small fortress. There are also various restaurants, bars and small businesses. However, the municipality of Teulada-Moraira is, mainly, an area of attractive residential properties which stretch out along the winding streets of the sloping hillsides. To be found here are villas of premium standard with panoramic views, reaching from the harbour of Moraira, over the sea, and as far as the Ifach rock.

Altea has a certain mystique as an artists centre, and the intricate Old Town emits much charm. Furthermore, the character of a typical Mediterranean coastal resort has been preserved in this town of 23,000 inhabitants. Different residential areas are spread throughout the surroundings of the historic heart of the town, and especially well-known for its apartments of an upper price level is the urbanization Altea Hills. 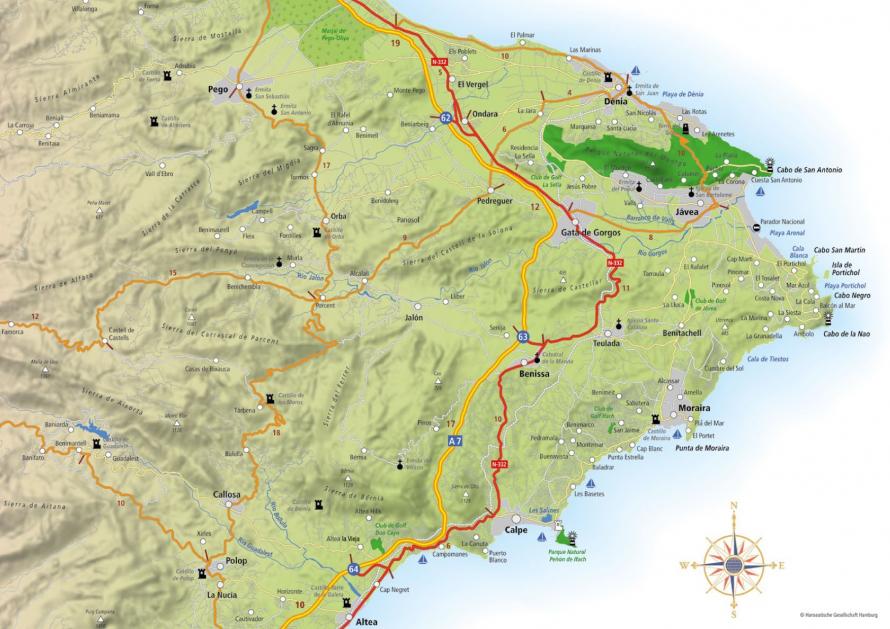 Our working principles and team

The Hanseatische Gesellschaft Hamburg has been the byword for the mediation of luxury properties on the northern Costa Blanca for decades. We are aware that the long-term trust of clients and business partners is only gained through respect, integrity, reliability and competence.

It is not only the home-owning clientele along the coast that benefits from our leading position, but also a number of selected collaborating partners who seek suitable properties for demanding clients and may appreciate access to the Hanseatische Gesellschaft portfolio. Such alliances and networks have become a cornerstone of our business practice, exuding benefits on all sides, and such collaborations are especially worthwhile to homeowners on the lookout for buyers for their properties.

The foundation, though, for sales success is the painstakingly collated range of properties. Whether it is a plot, a new-build or a home from private ownership, location, build-quality, condition and a favourable price are the most important criteria upon which we select and recommend. We do not only sell houses, we also advise you before and during the purchase process and, moreover, attend to any request you may have. The correct property choice for you is as close to our heart as it is to yours, and for that very reason the service must be just right.

On the spot with us, you will see more interesting properties in just a few days than you could otherwise track down in a longer, more laborious period of house-hunting alone. The range encompasses villas directly facing the sea and manor houses in parkland, to Fincas in the interior and superior building plots to create your own unique specimen, not forgetting our new-builds in contemporary design. You will receive excellent safeguards at the point of purchase settlement and the impeccable service of a highly motivated team. We are unreservedly committed to the satisfaction of our clients, and make claim to be a reliable partner to you in all aspects of the acquisition of your property. Take us at our word.

“When know-how meets passion, it looks like the HGH. I'm really happy! "

“HG Hamburg / Costa Blanca with its owner Walter Arp and his charming wife "Reni "have been well known and trusted to me since 1999. The company Hanseatische Gesellschaft has always been a very serious real estate company, which takes care of special customer requests. Anyone looking for something extraordinary, extravagant in good locations in the north of the Costa Blanca is in the best of hands with HG Hamburg. "

“Julia and Walter did everything to make a deal possible. They convinced the sellers of our current home that we were the most suitable candidates and sealed the preliminary contract within 24 hours.
Julia responded and supported all the way.
Julia and Walter felt that there was a perfect match between us and our home and that we would work together to tackle and solve any obstacles that might arise on the way to the final title deeds.
Thank you very much for helping us to acquire this beautiful house and property that exceeds our wildest dreams even after four years. "

“Competent and professional service. Nice to see that the passion still exists after more than 50 years in the business! "

“We met Julia Arp in summer 2016 and again in spring 2017. At each of our meetings it was a real pleasure to talk about the real estate market on the Costa Blanca North and to visit different properties.
Her professionalism, patience, sensitivity and friendliness have allowed us to better understand how the market works.
Accessing a property in a country other than your own is a little more complicated. Surrounding ourselves with a good agent seems very important to us.
With my wife we ​​can only recommend the services of Julia Arp HGH "